Since the founding of the Westport Free Health Clinic in 1971 and through every iteration since, KC CARE Health Center has stood by our founders’ belief that “healthcare is a right, not a privilege.”

Right now, too many Missourians fall into a gap in our healthcare system. They are unable to afford healthcare coverage for themselves or their loved ones but do not qualify for Medicaid as it currently stands.

As KC CARE’s CEO, I’m writing today to urge you to take action with me on this issue.

As a community and as a state, we have the opportunity to go to the polls and demonstrate this belief on Tuesday, August 4, by voting to expand Missouri Medicaid. 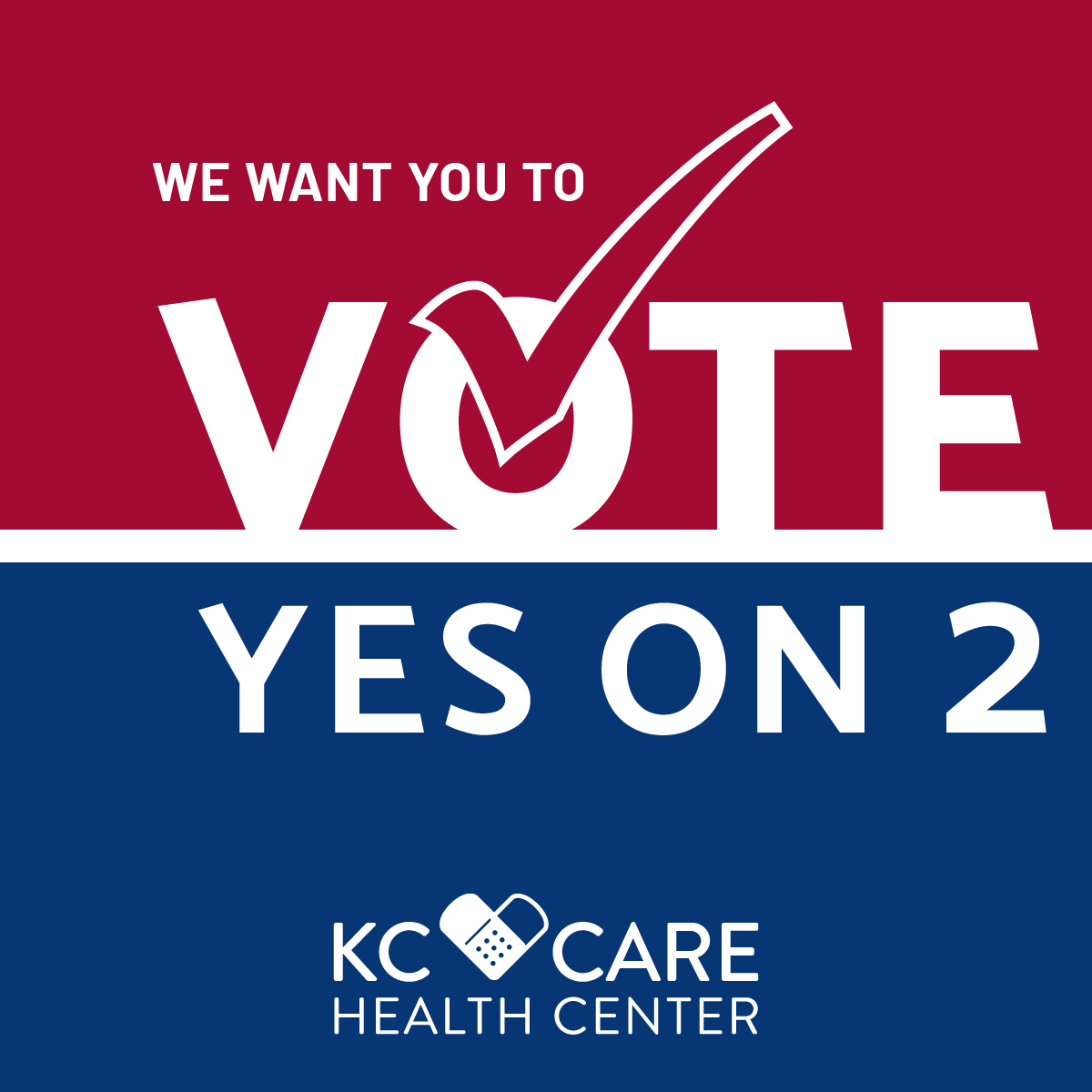 Here are the top 7 reasons YOU should vote YES on 2 to expand Missouri Medicaid:

From all of us at KC CARE – staff, volunteers, and patients – we thank you for supporting our vision to create solutions for a healthier community. Please vote YES on 2 on August 4th to further support our crucial work.

Do you want to learn more about Missouri Medicaid expansion?